Like some people may have noticed, I bought 'roofit7774' project Pantera. It's a -73 model with a VIN 5172.
The Cat arrived just two days ago in a container here in frosty Finland. It took almost two months to ship it from Vancouver.

I haven't yet had a time to get on the car properly, just only managed to get it inside the garage.
Here's some what I know:
- Glass fiber Gr4 arches
- Body completely rust free
- Interior done with Dynamat, leather and Dodge Viper seats
- Engine built by hotrod shop in Canada
- All the wirings done and also the cooling system

To be done during the years (my goal is to get it on the road perhaps summer 2017):
- Big brake kit
- 17" OZ Futura wheels (centers already bought)
- Paint (most likely some deep black)
- All the unattached parts that came with the car
- Probably restoring the original style headlights
- Many other things that will appear when I properly become familiar with the Cat

Excitement was huge. Spent thousands of euros of a car I haven't ever personally seen and has travelled 7 weeks from across the other side of the earth. 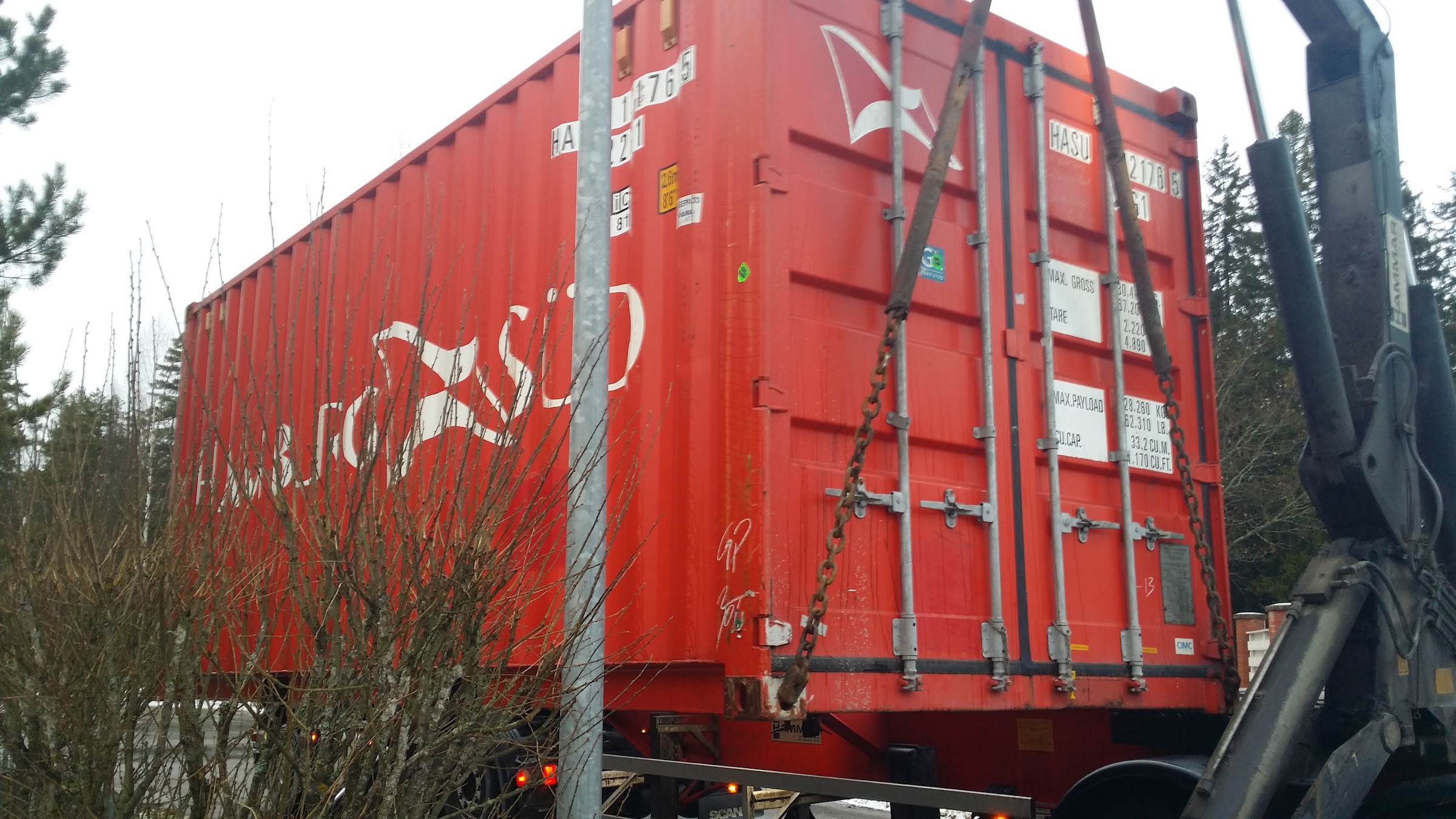 My father was once again amazed what I have bought (previously have owned Porsche 911 and Corvette C5). So anxious to have this car in their garage for the next few years 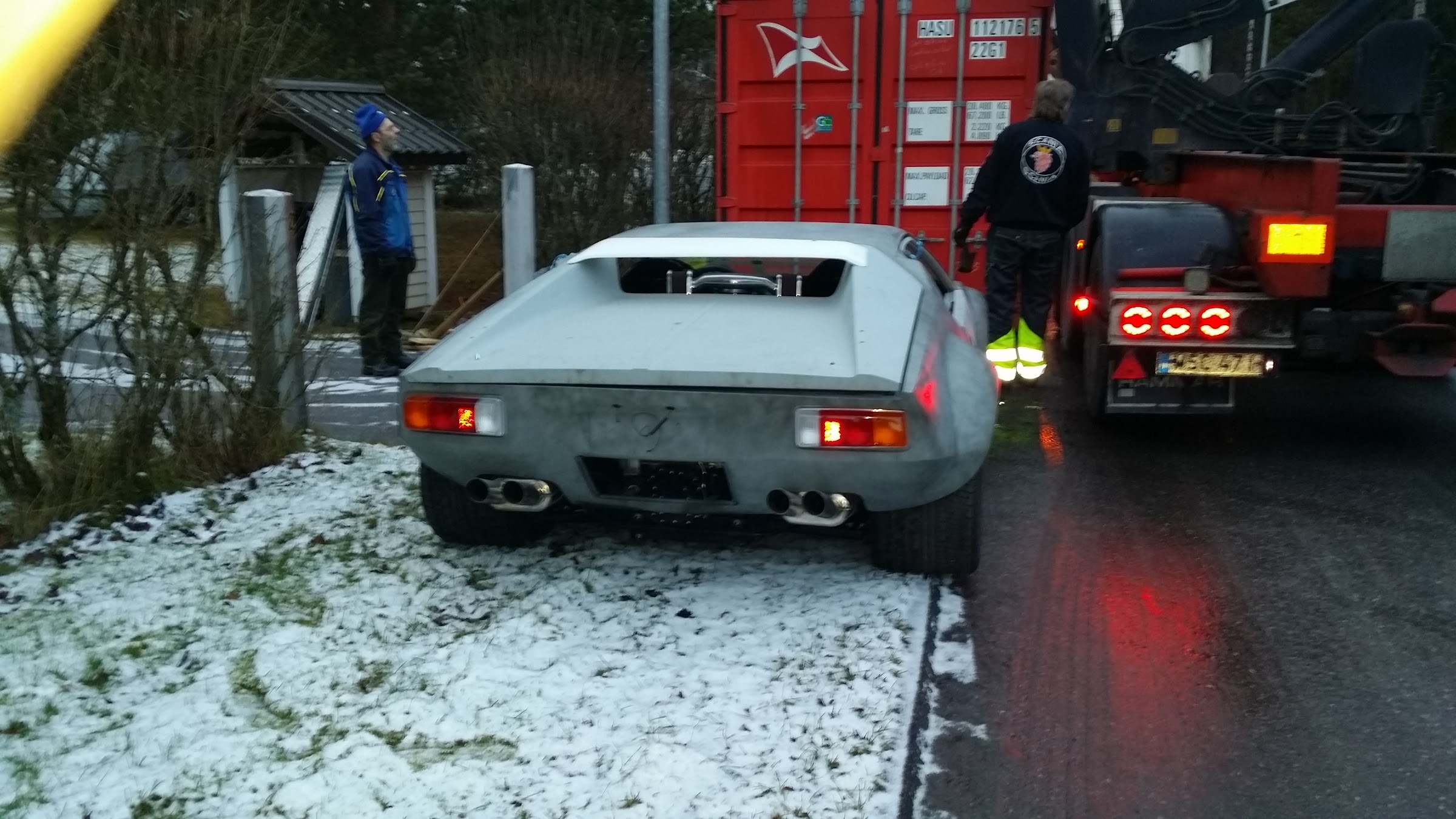 Rolling the Pantera towards the garage.. 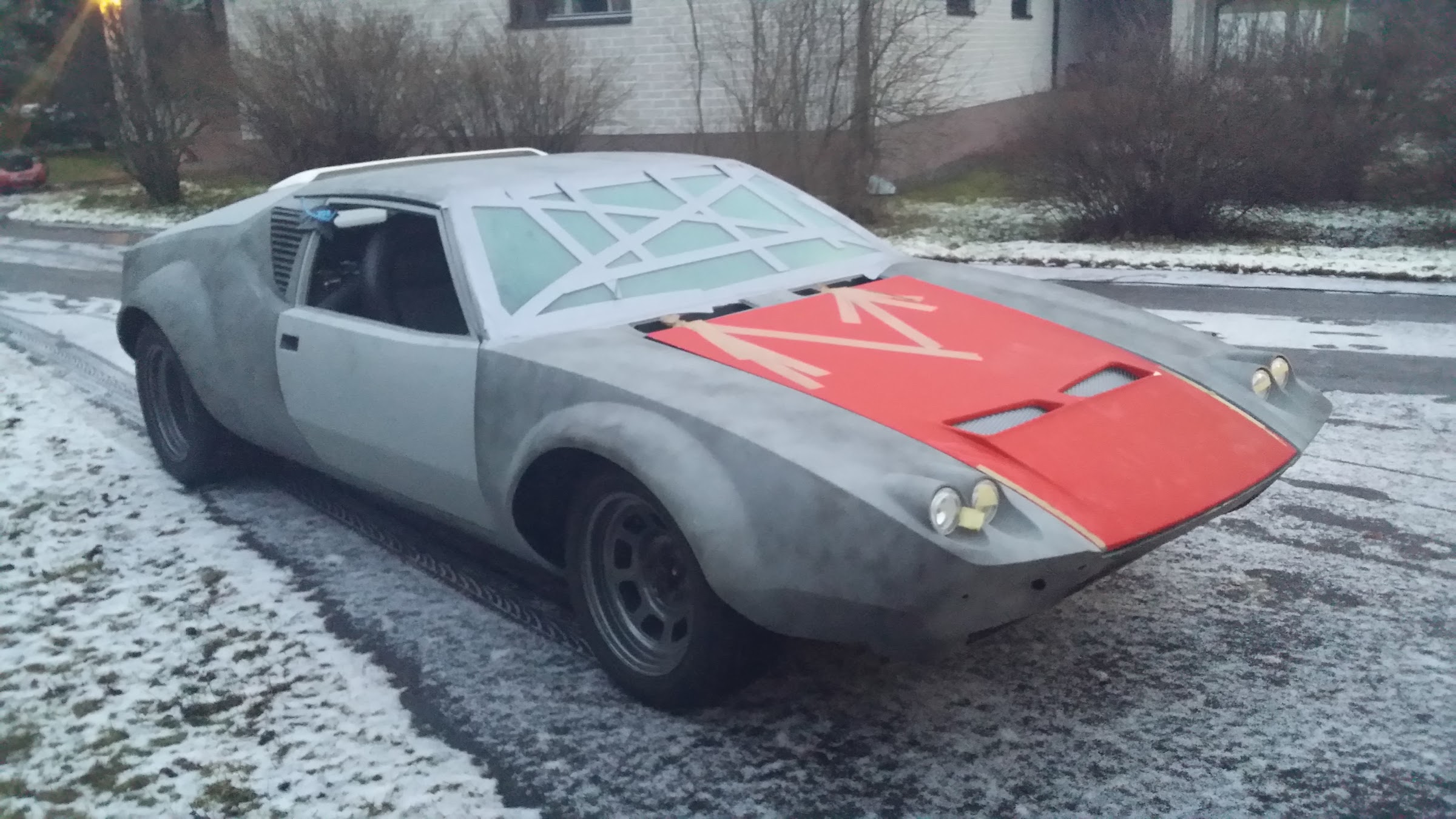 It would take few lonely nights before it's done... 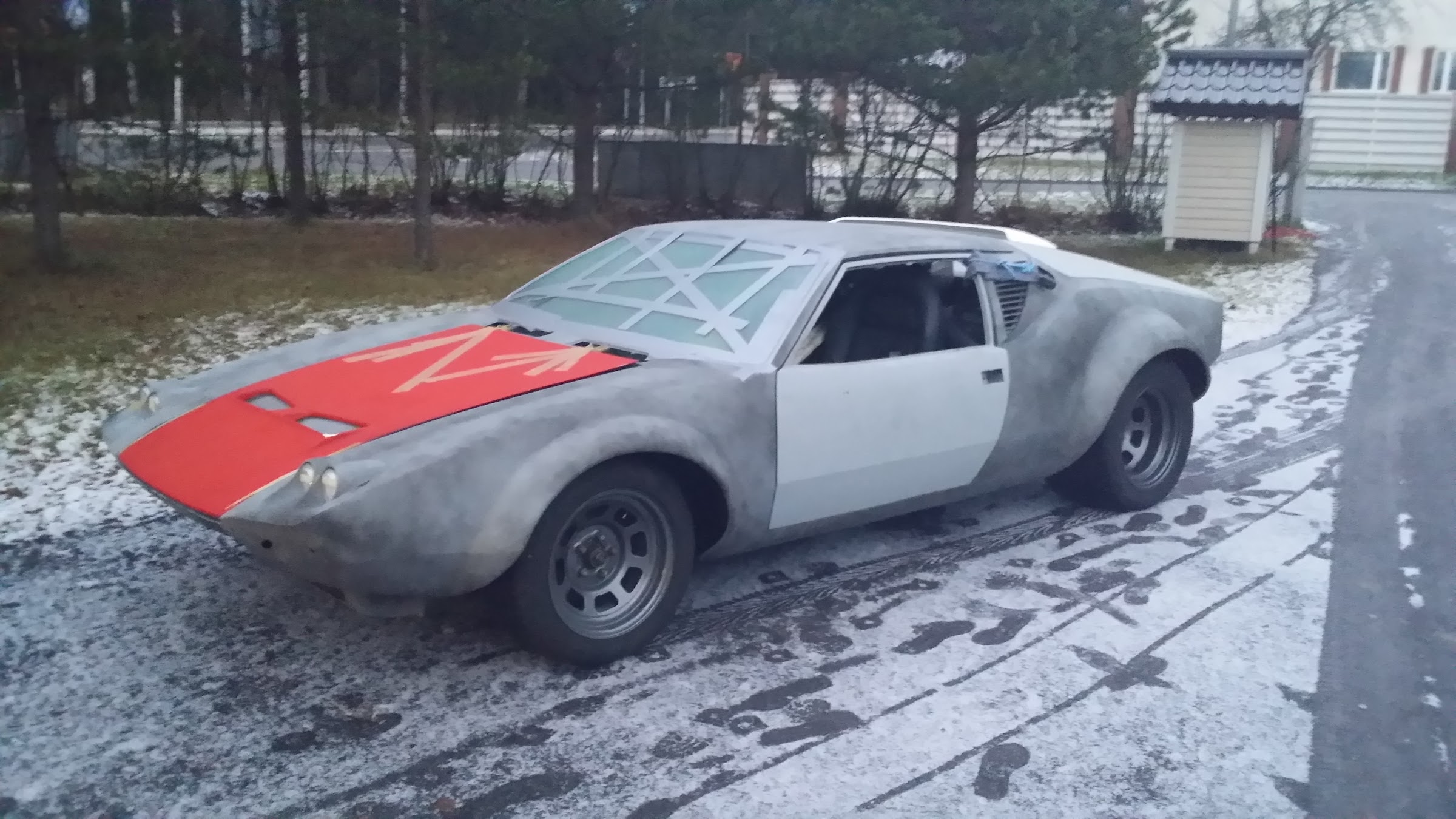 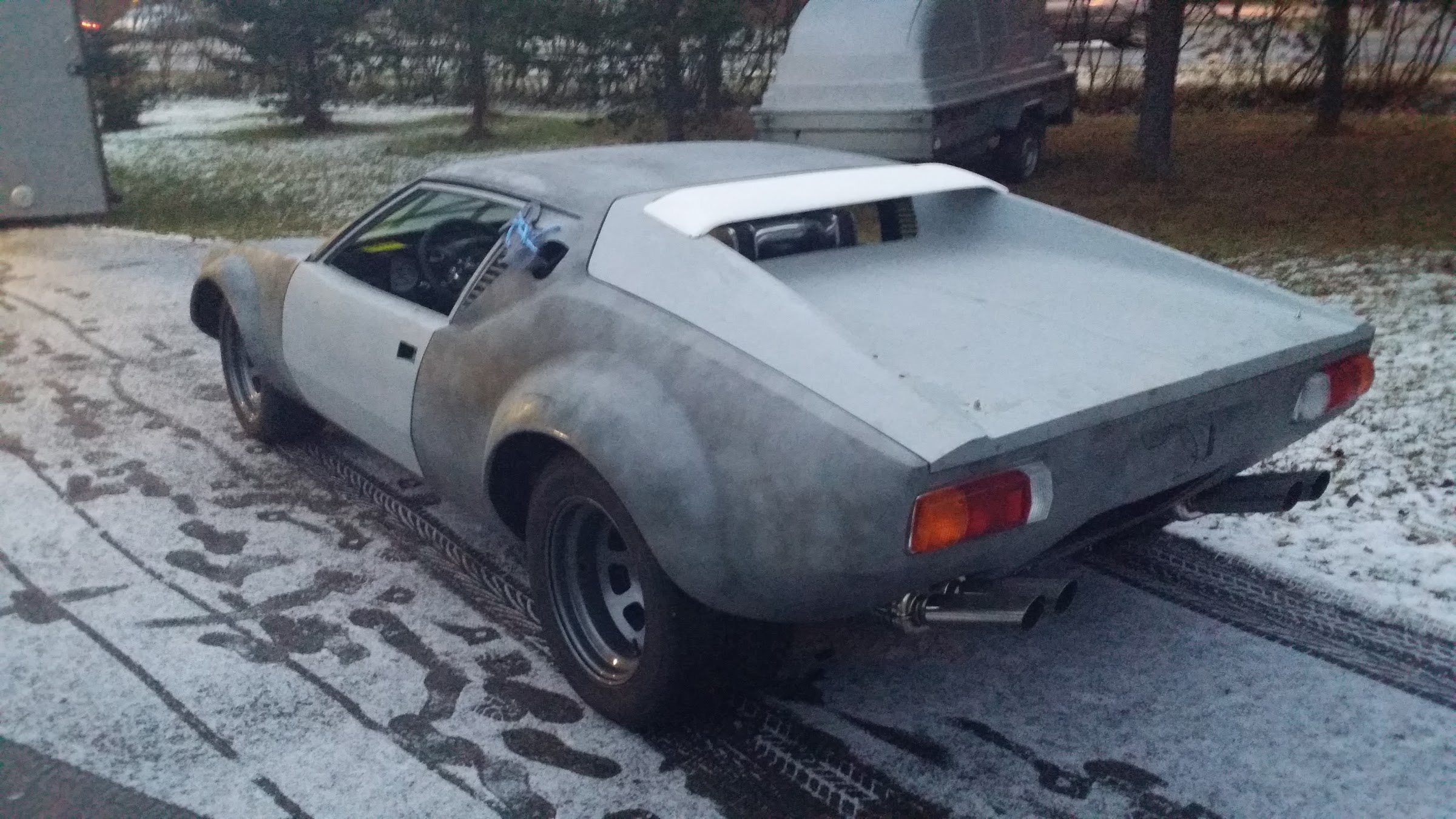 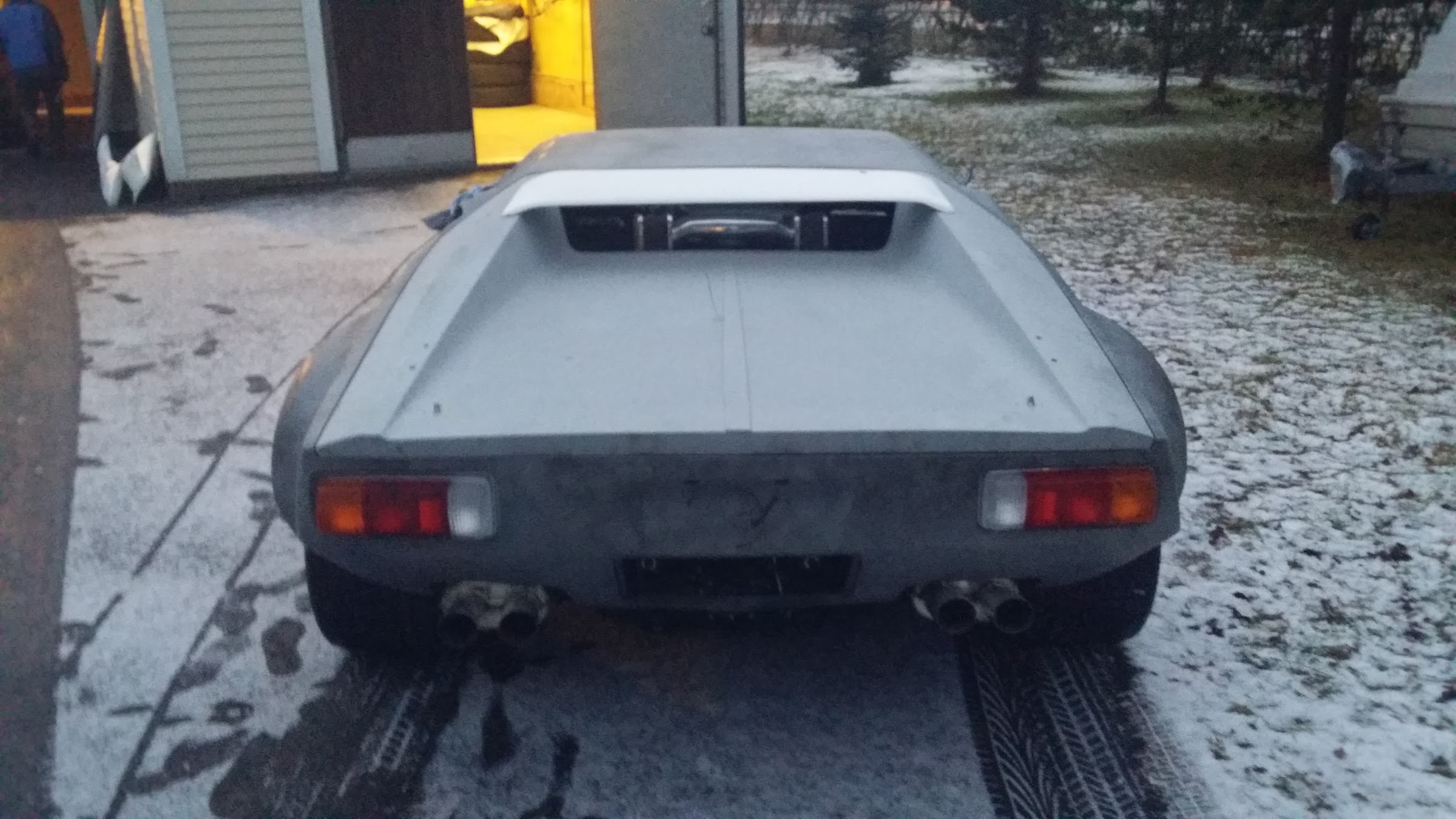 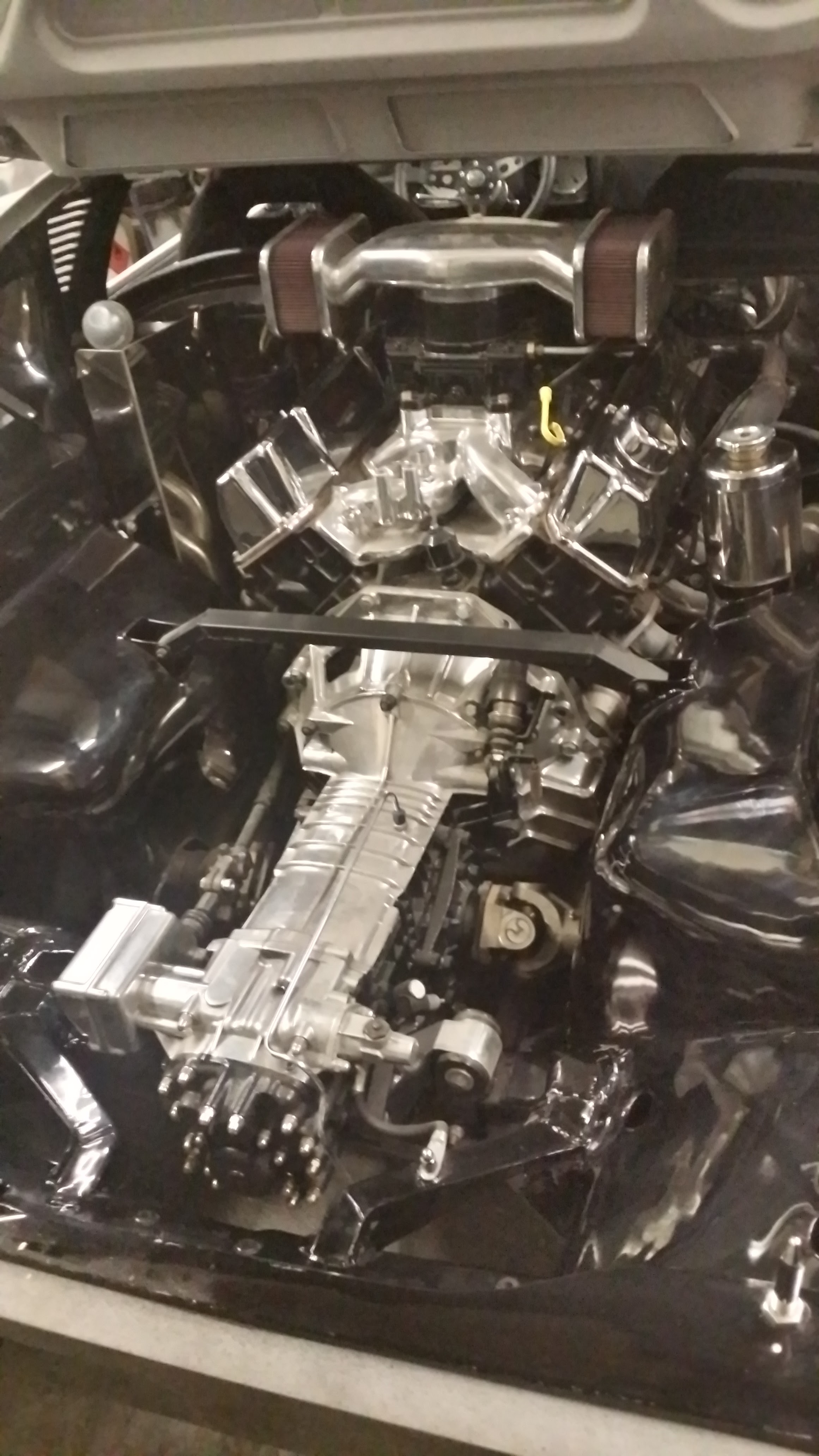 Have you seen the pix on ProvaMo?

Your Previous Owner (PO) did a great job rescuing that one. Looks like you are building on a solid foundation now.

Those headlights have to go! Glad you are planning a mod on this... (but get it driving first!)

Good luck with the project. It will go well.

kimmoschMember
This immediately makes me think about Junichi´s way of solving the "problem" with the driving lights. I have no idea, if having driving lights this low would be leagal in Finland?

I agree also about changing the headlights. Since they are already modified, I think going to something like what Kimmosch shows would be a cool option, with a bad ass look. BTW...with what the OE buckets sell for anymore...this would be much cheaper too.

Keep us posted on your progress.....

quote:
Originally posted by kimmosch:
This immediately makes me think about Junichi´s way of solving the "problem" with the driving lights. I have no idea, if having driving lights this low would be leagal in Finland?

I believe the minimum height is 500 mm, so that would be a no go.
Like Reply (0 Likes)
Take Action

kimmoschMember
Is that so? Then I can stop being jealous for Junichi´s version of driving lights, as I could not have them anyway.
Like Reply (0 Likes)
Take Action

camoMember
Some progress with the Cat.
We started modifying the headlights back to the original style with my dad who is way more experienced with welding etc.
Because I didn't manage to get any of the original parts we decided to make those ourself. 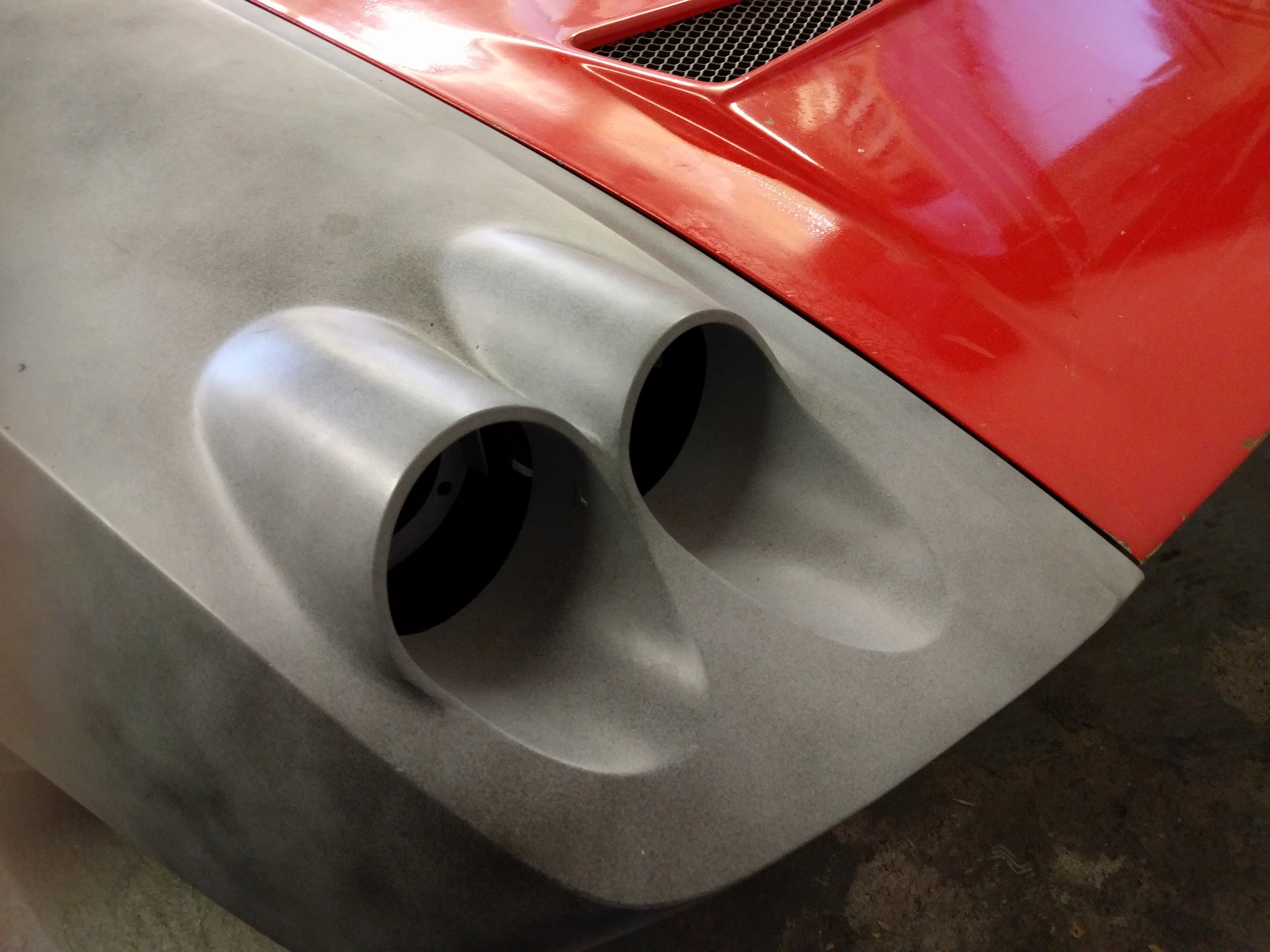 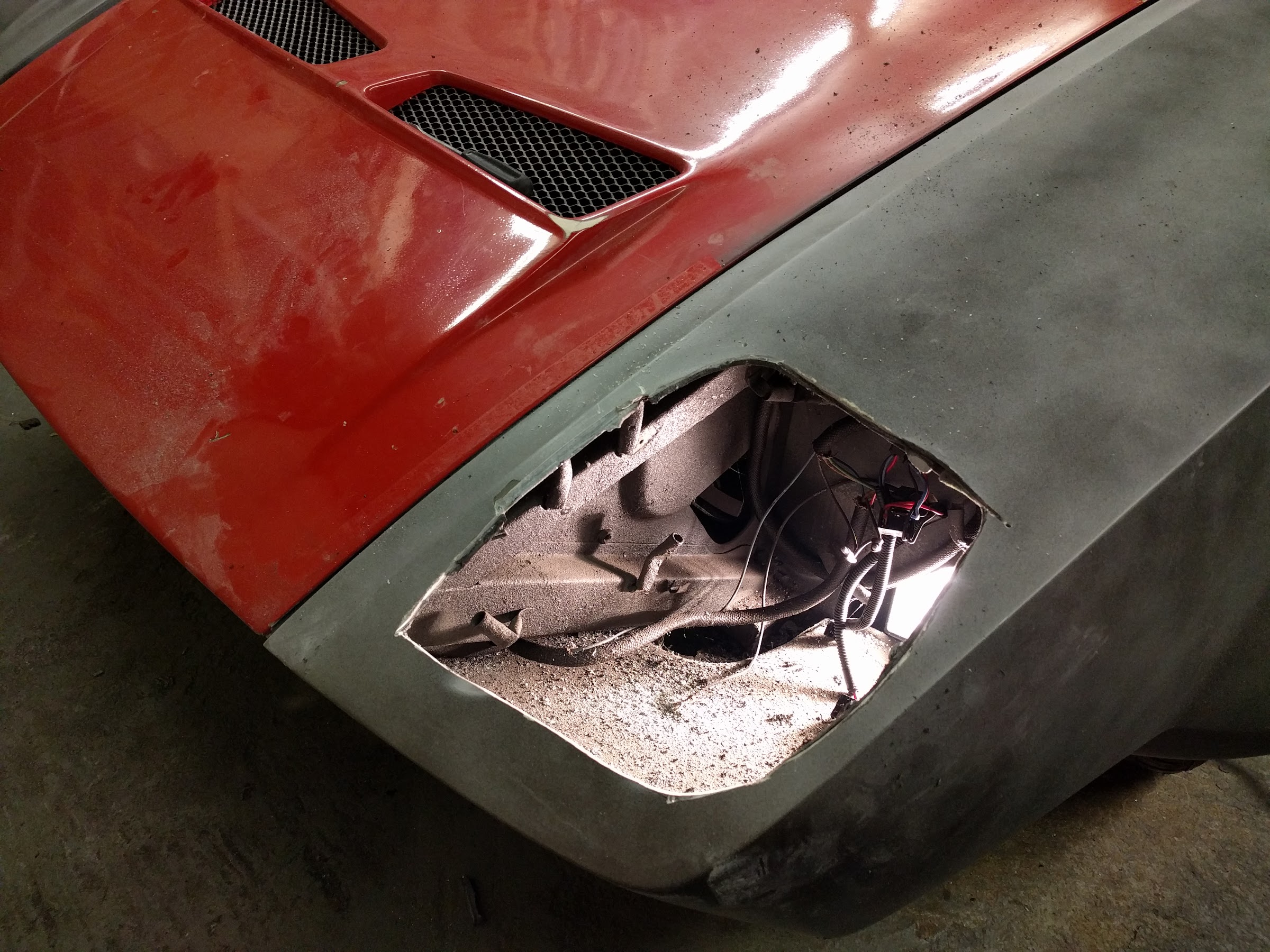 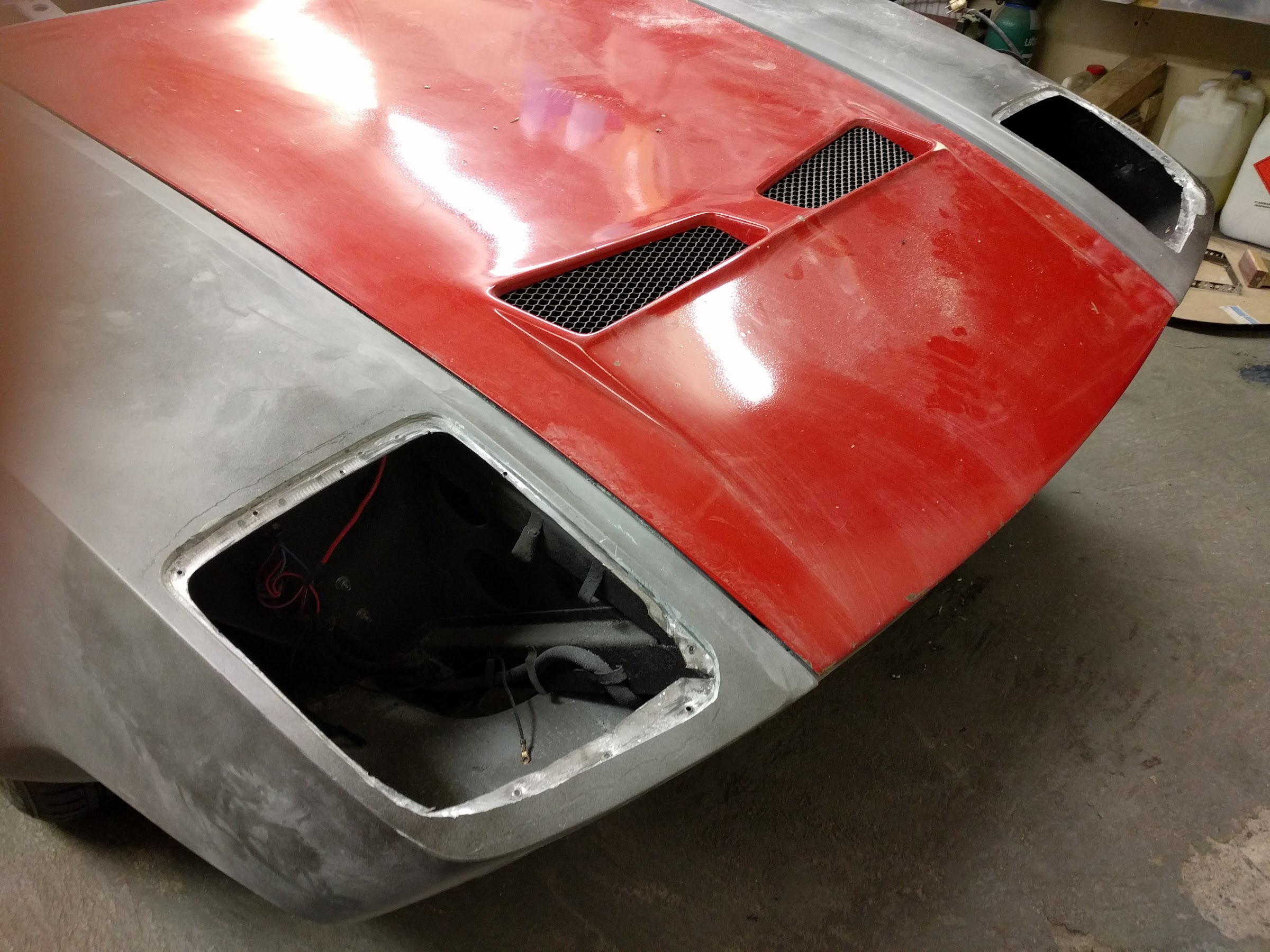 Welded a bit more lip to the frame. 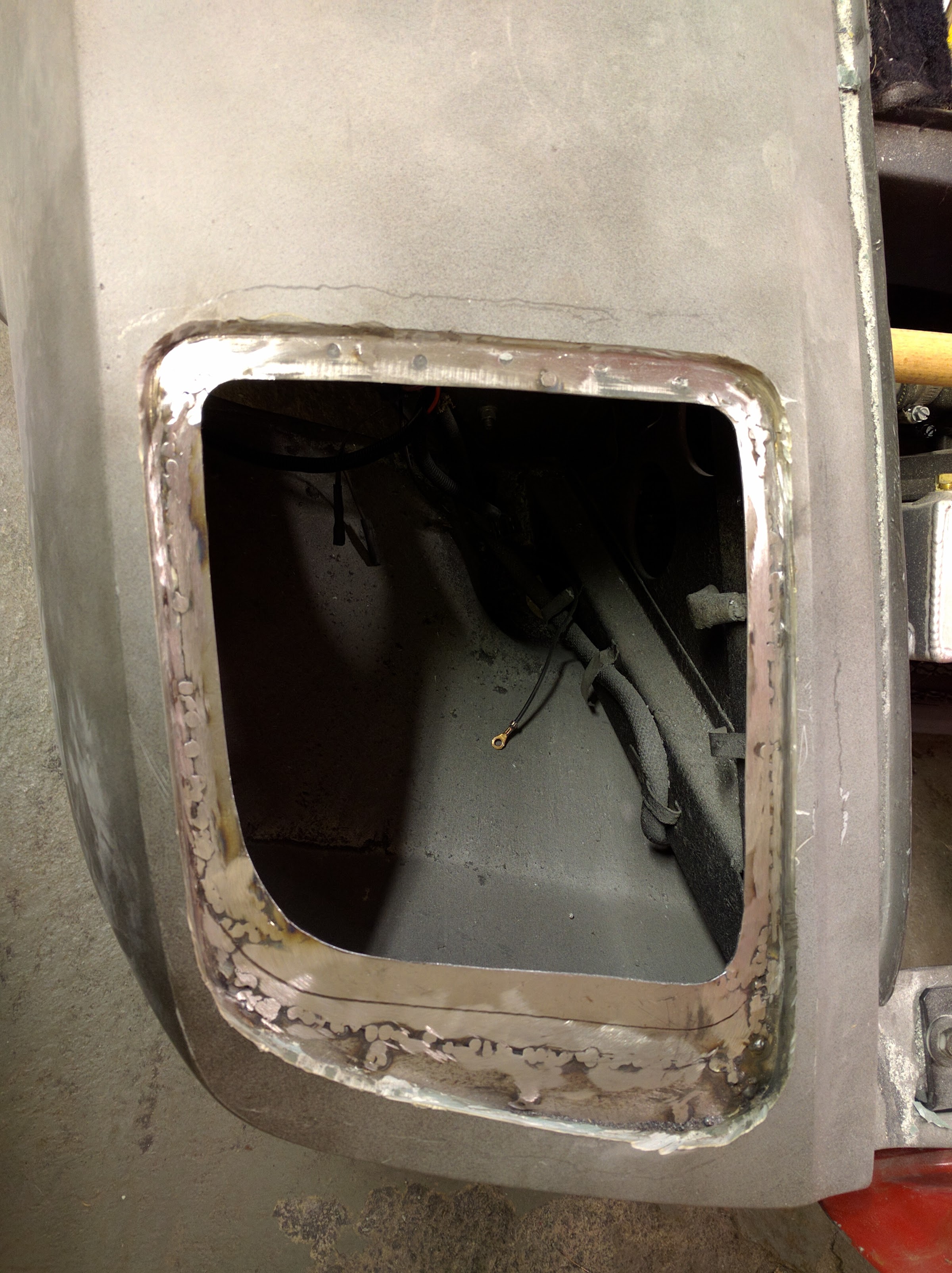 New selfmade headlight cover. Because the part of the frame was cut away I didn't have correct shape for the cover. We made it close enough the original only using pics from the internet. Can't say thay are OEM, but neither is the car nor the engine. 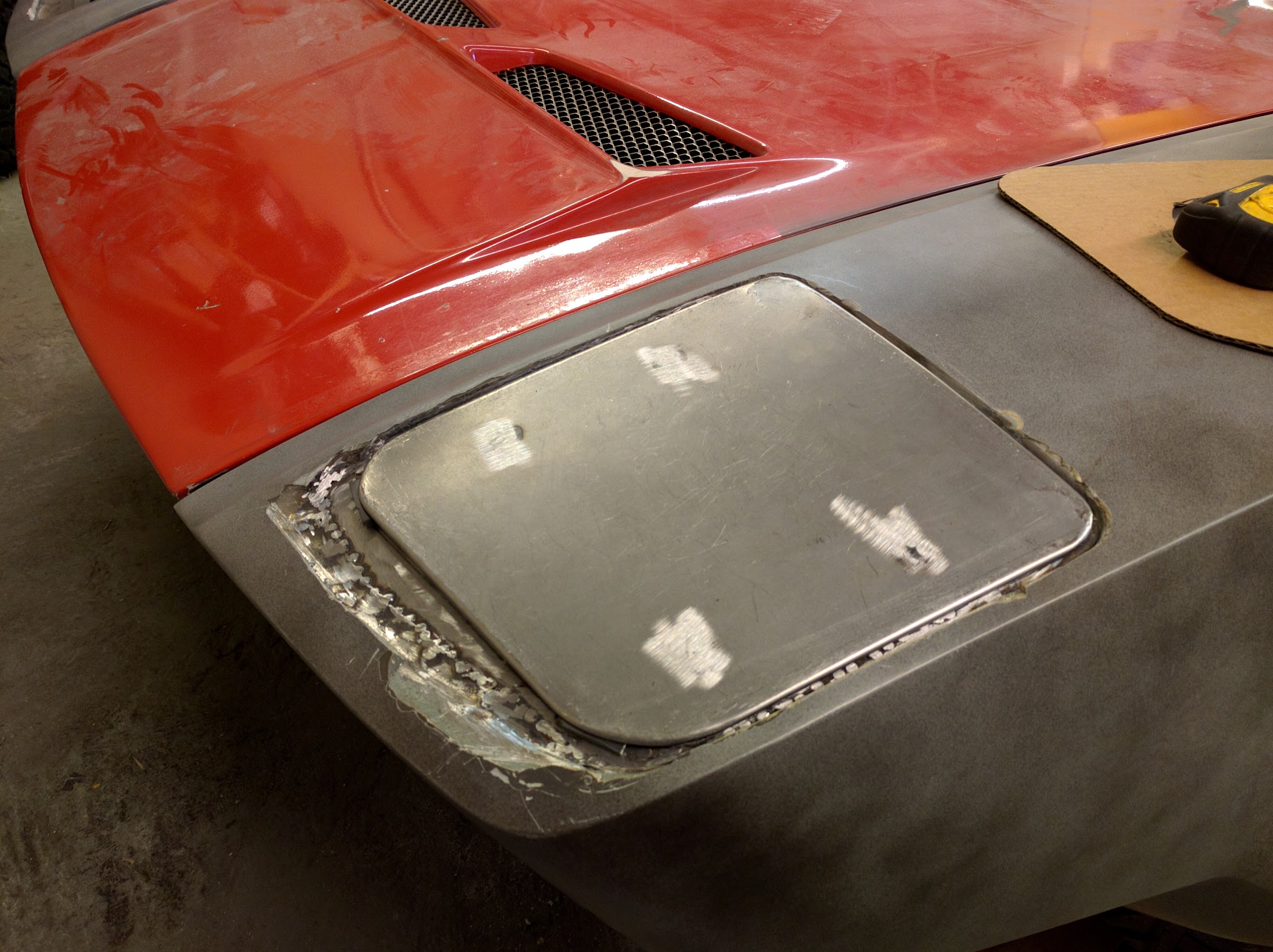 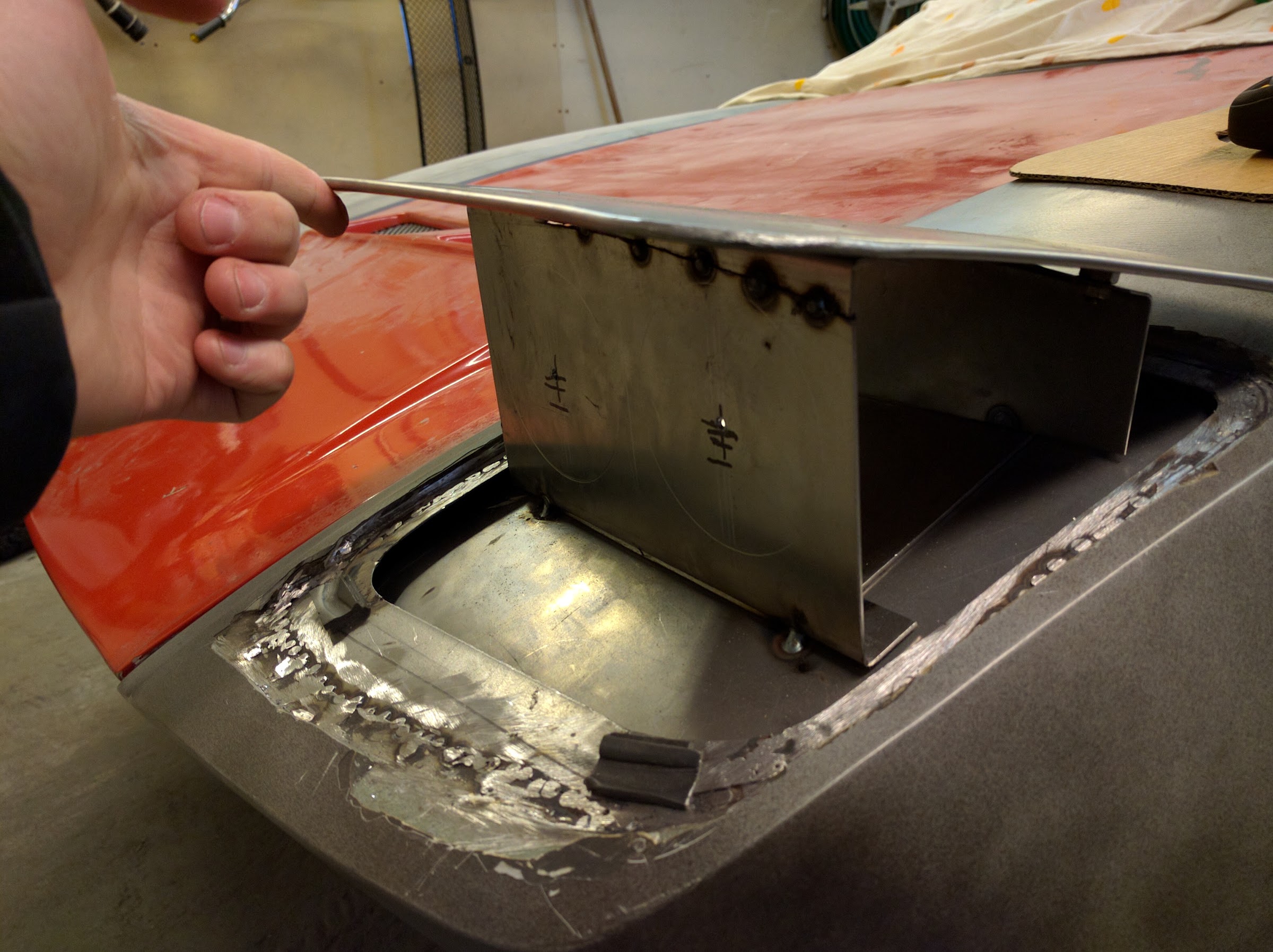 I will be using those same headlights as there was already modified by previous owner. Just to make the headlight a little bit lower and smoother than the orginal big ones... 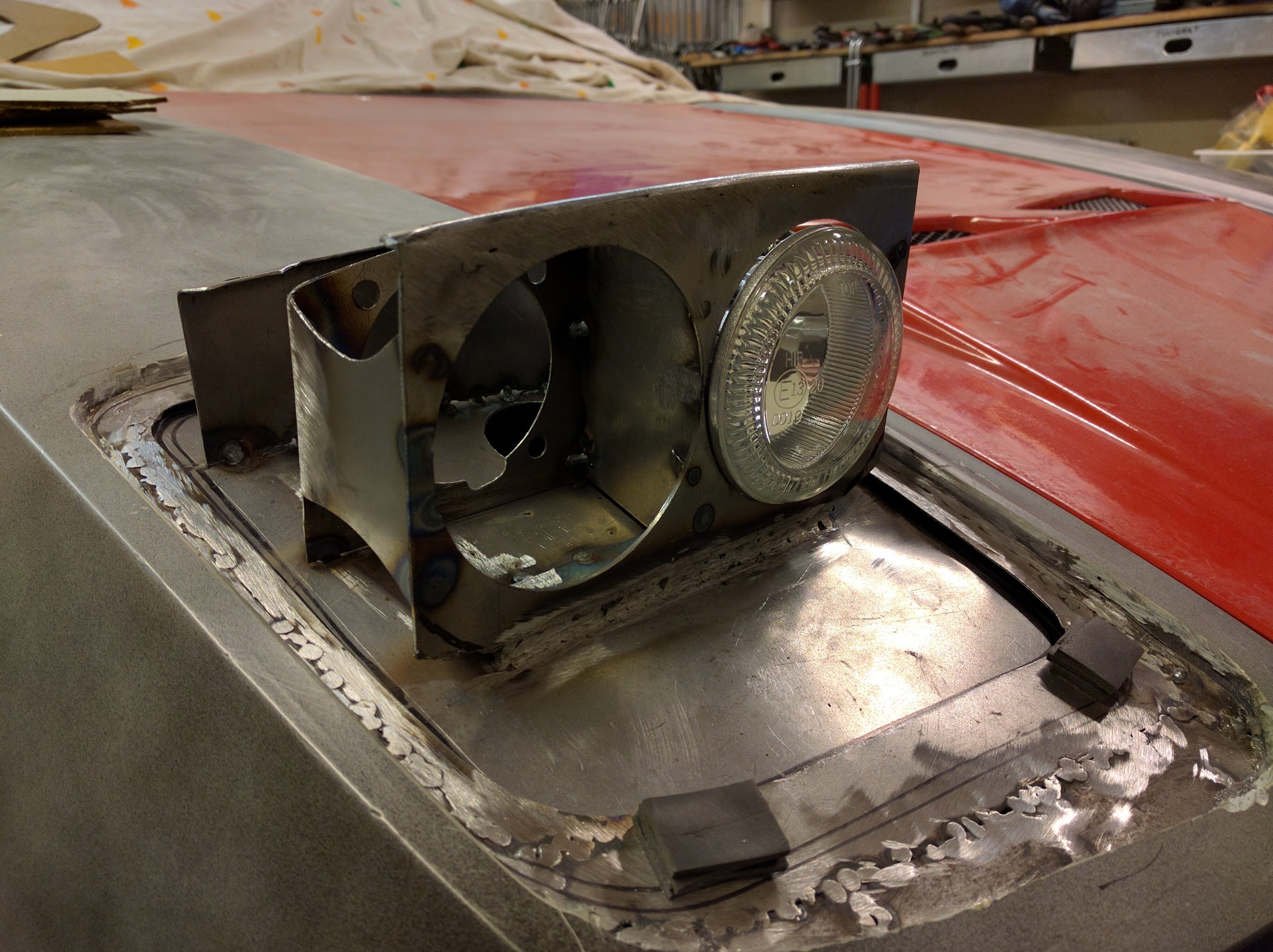 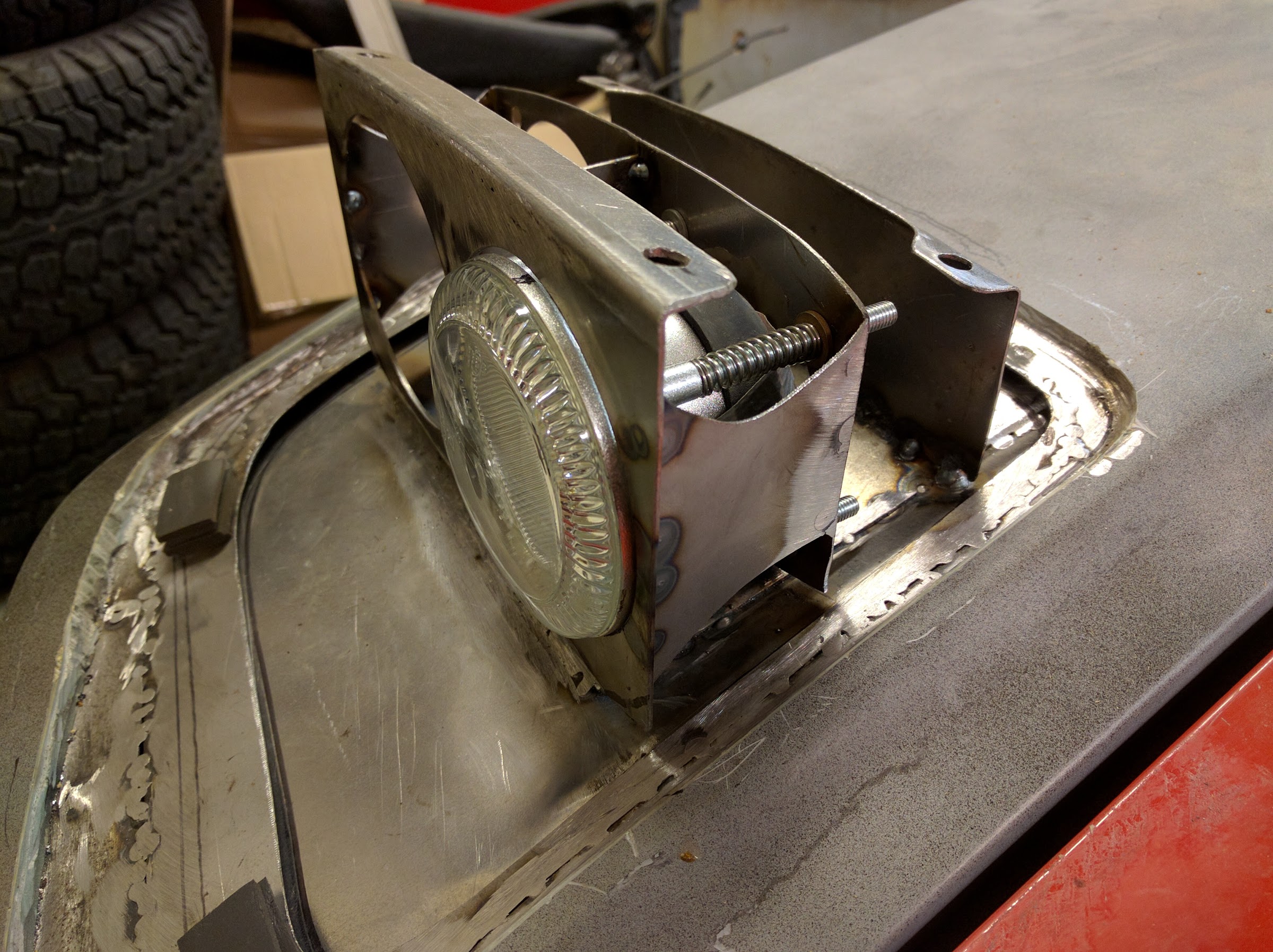 Mechanism for the lights will be used with linear actuator. I will post pics of it soon.
Actuator will be only on the other side and it turns the rod as the original motor does.

Then I will also modify those side grills which replaced the small windows behind the doors. I will make side scoops from the glass fiber. I need also fix the glass fiber front hood. It's quite unsuitable and twisted. Also the rear hood quicklock holes need to be welded and build mechanism for the opening.

My goal is to take car to the paintshop this summer.
Like Reply (0 Likes)
Take Action

camoMember
Oh, managed also to get GTS front lip from nick kimmosch. I think it will look pretty neat with that wide Gr4 body. Maybe later I will purchase proper Gr4 front spoiler. 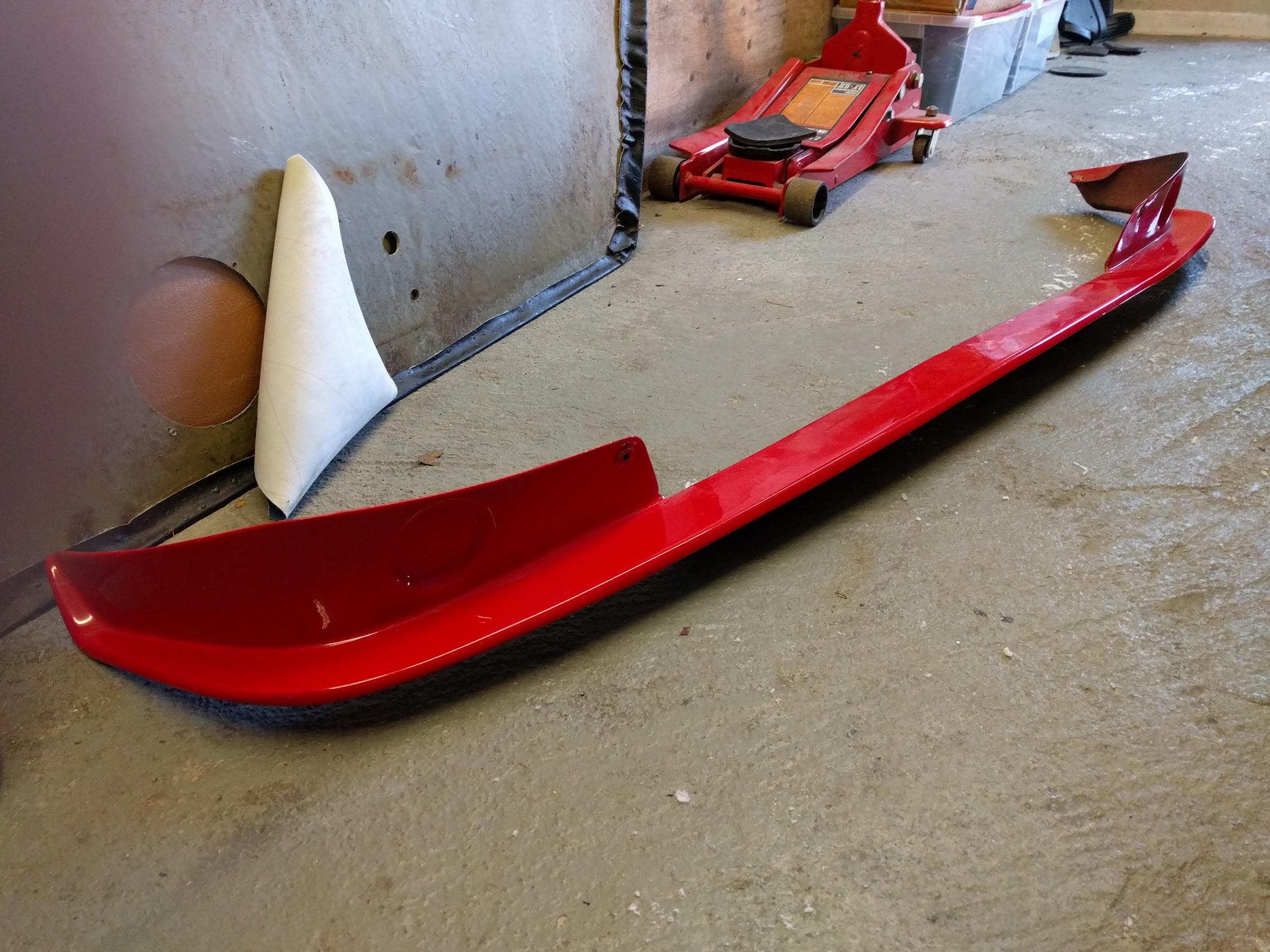 The wheels are also under progress. I have already OZ Futura centers and all the rimbolts and I'm waiting the inner and outer lips for the rear wheels from the Belgium.

michael1424It takes energy not to get used to it!
Nice work. You've done well to dig out the old bucket holes as well as you did.
Like Reply (0 Likes)
Take Action

camoMember
A bit more about the lights. 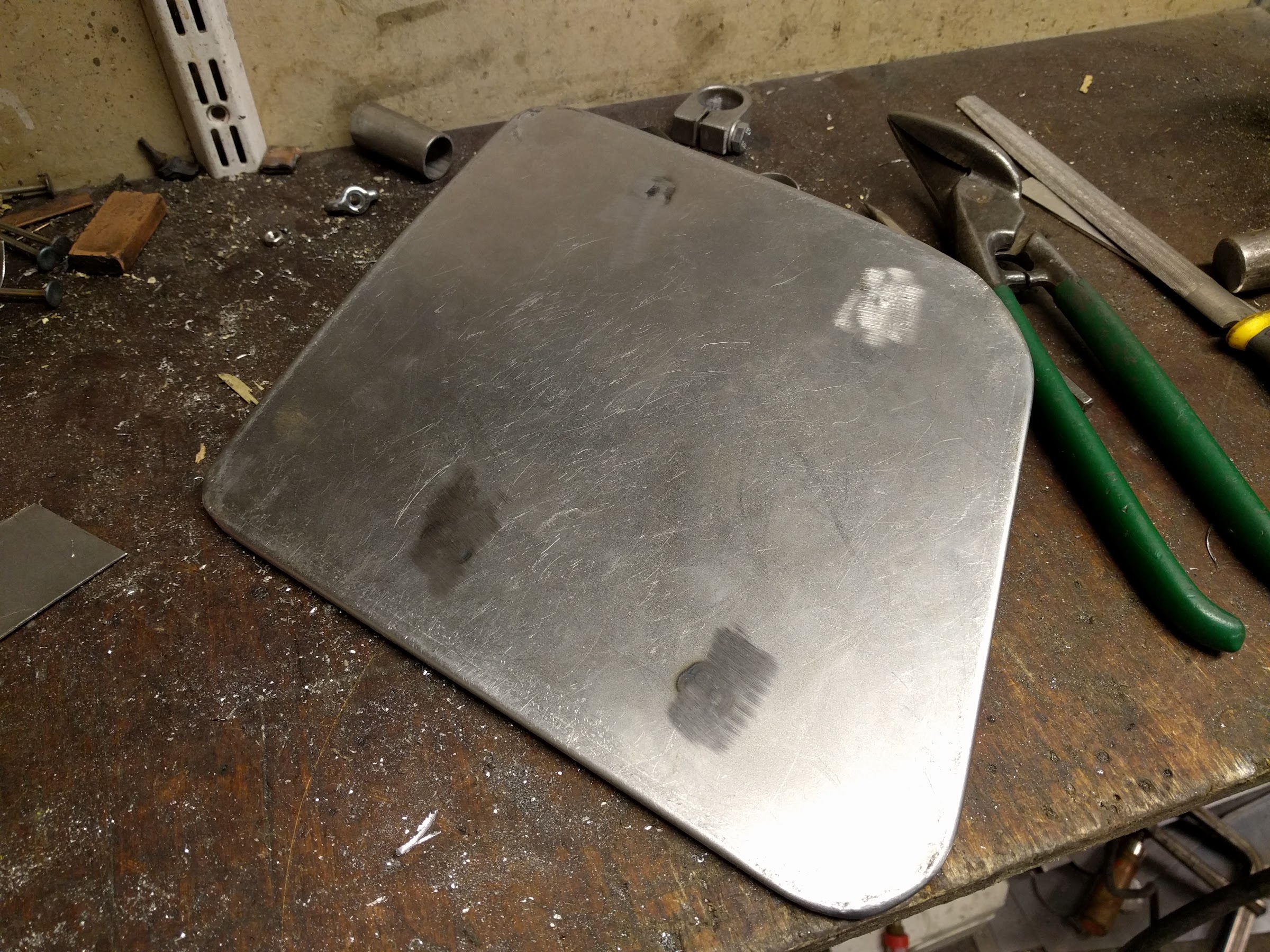 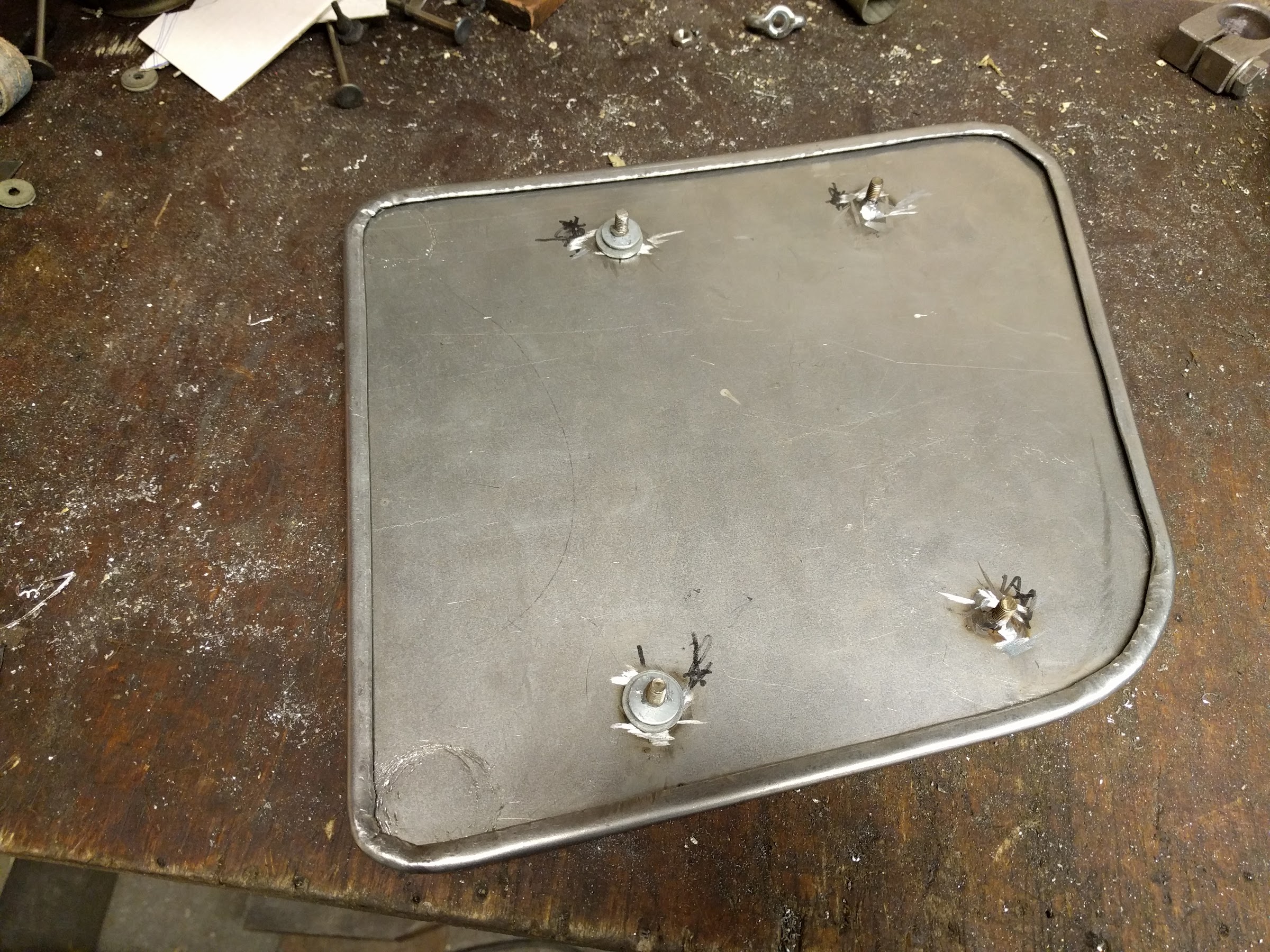 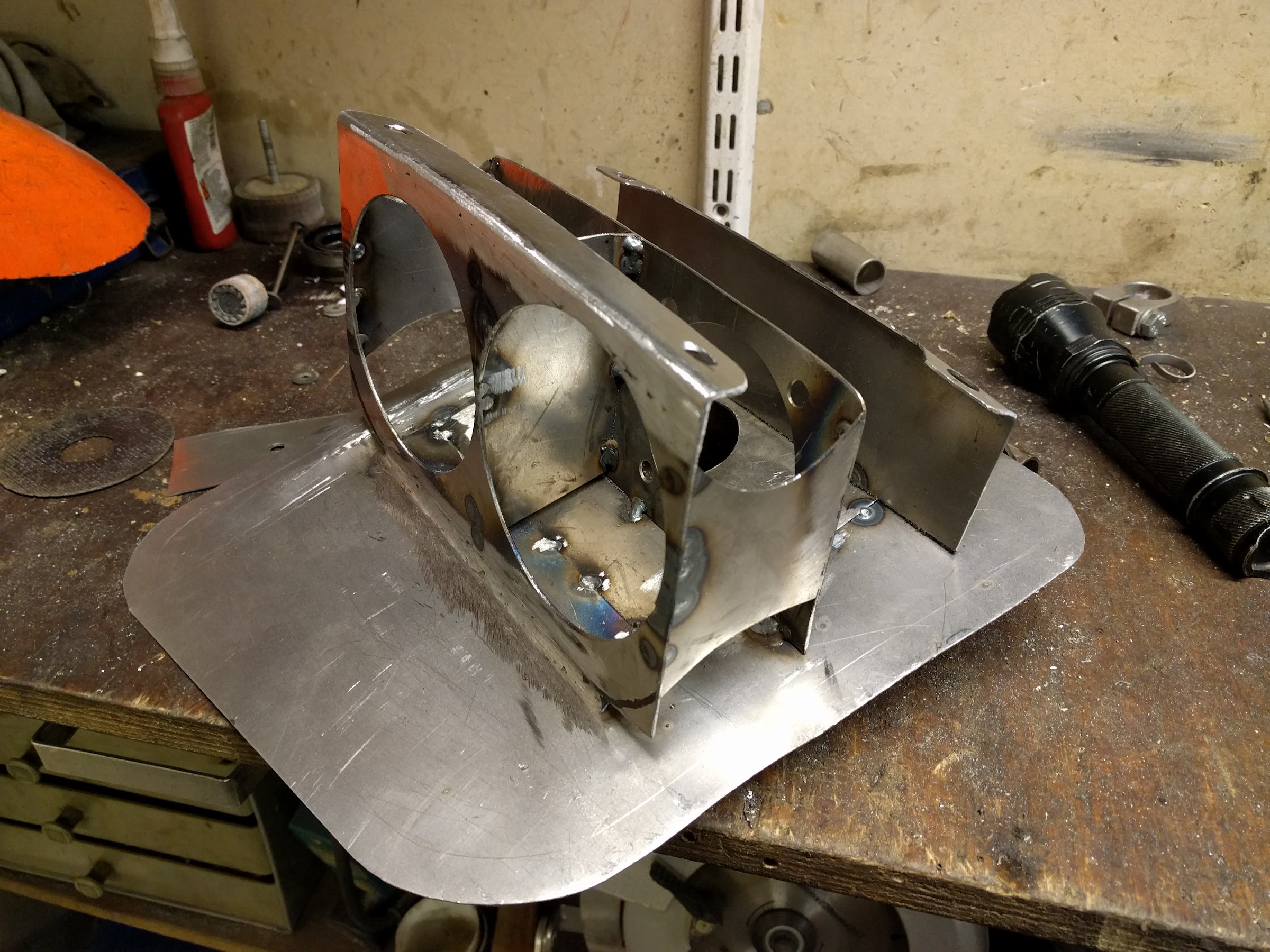 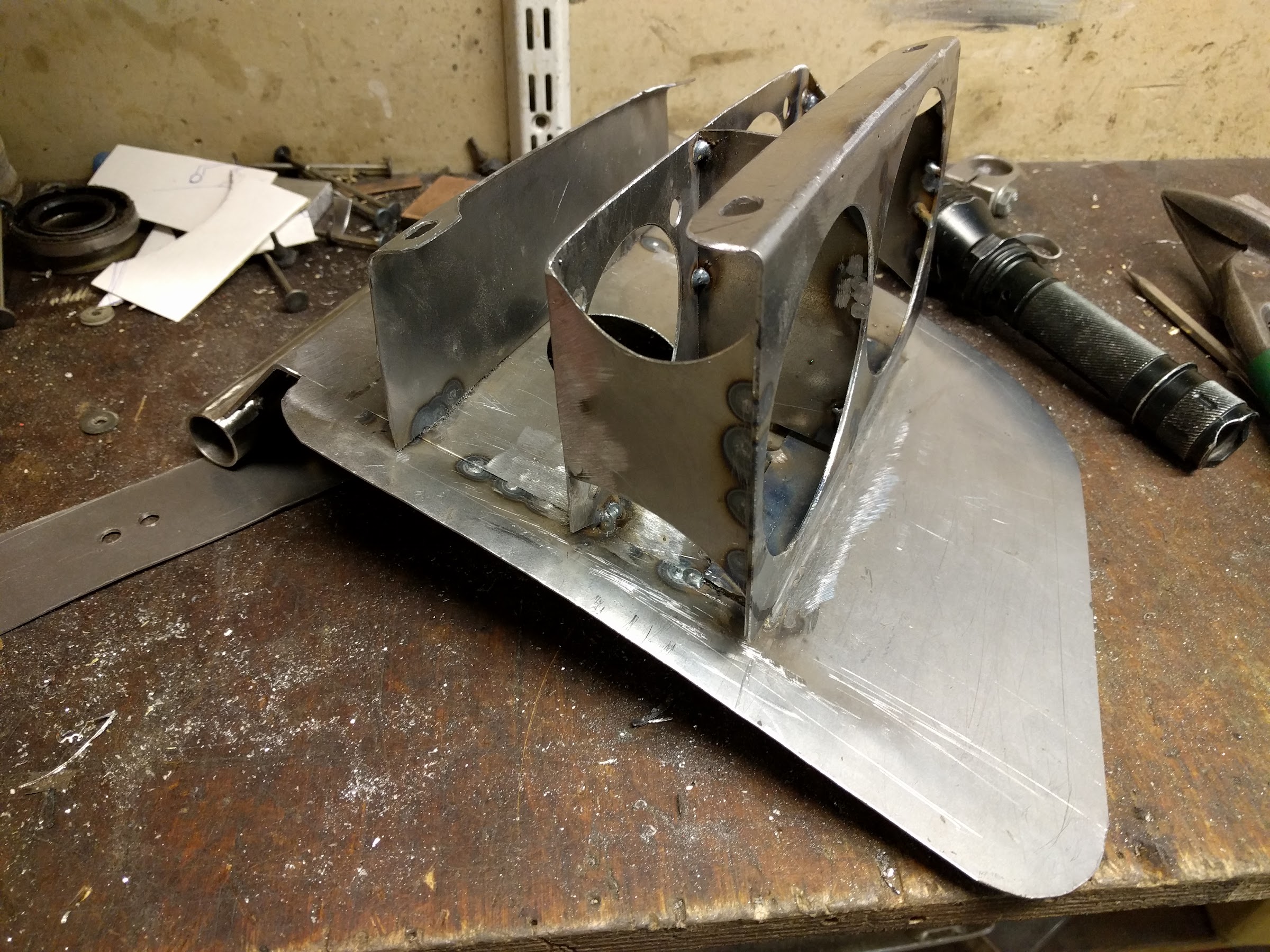 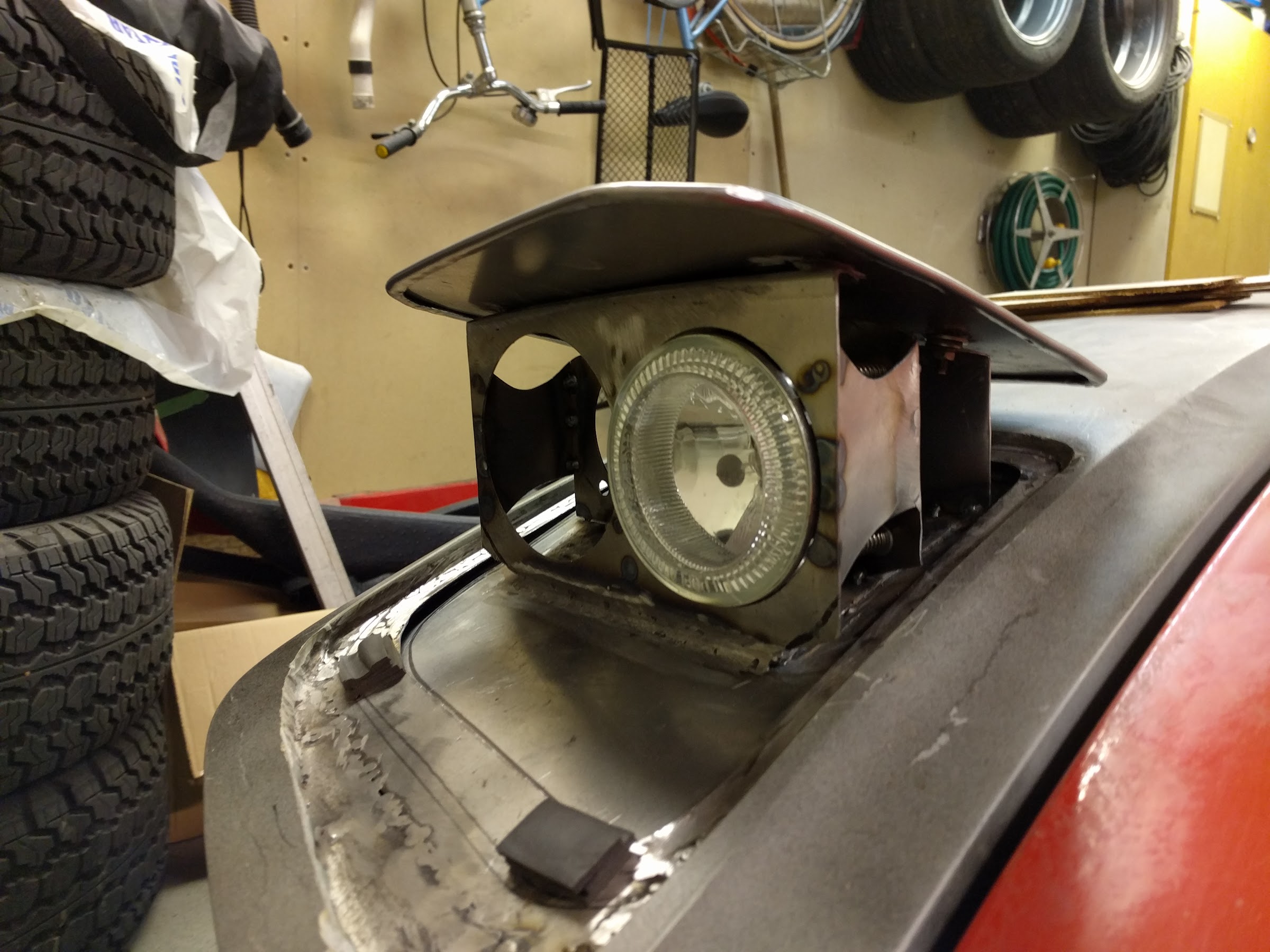 The turning mechanism. Still without any adjustments. The linear actuatos attaches to that lever and there will be screw to adjust the correct angle. Actuators length is 155mm and the travel is 50mm. 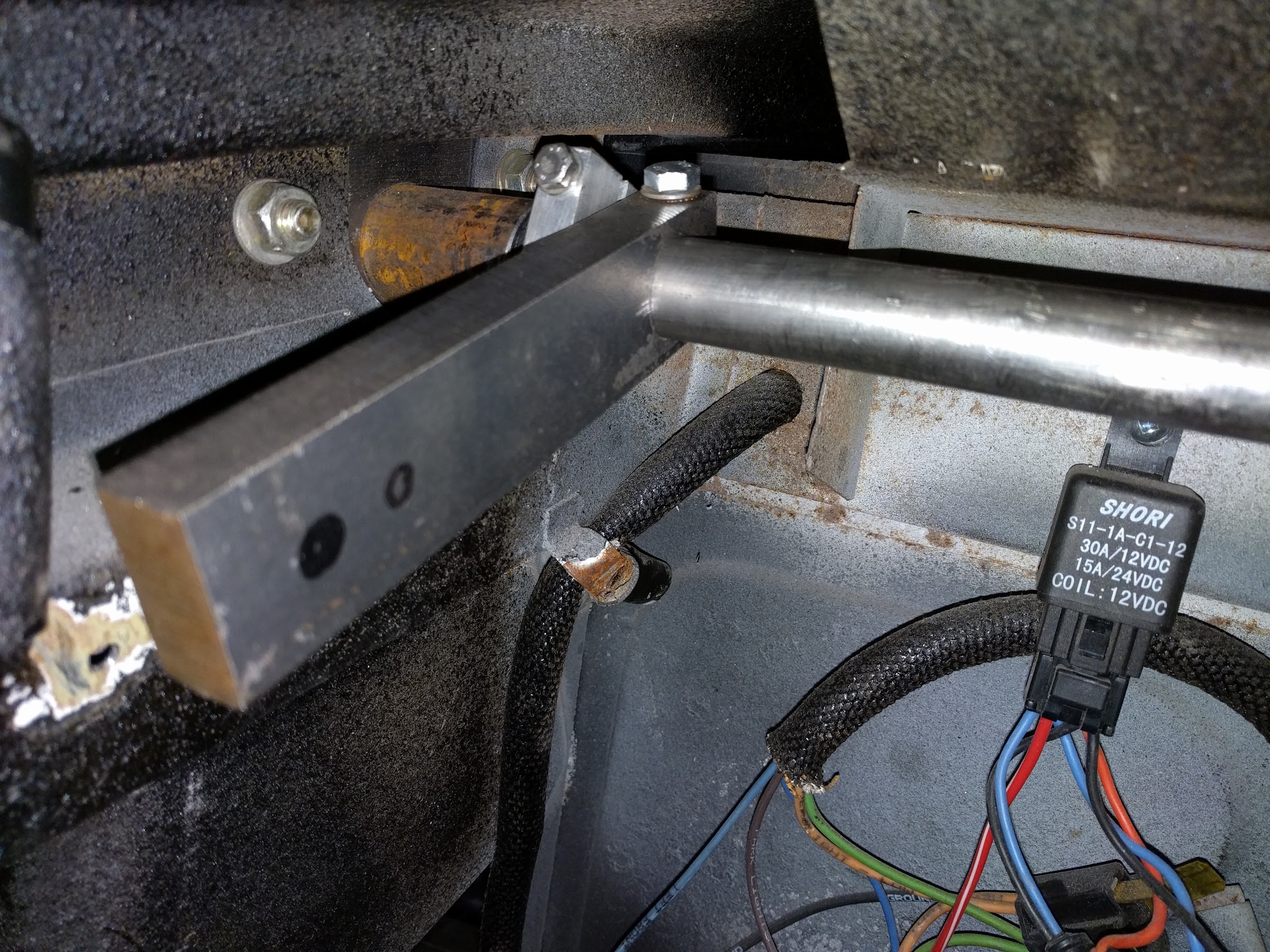 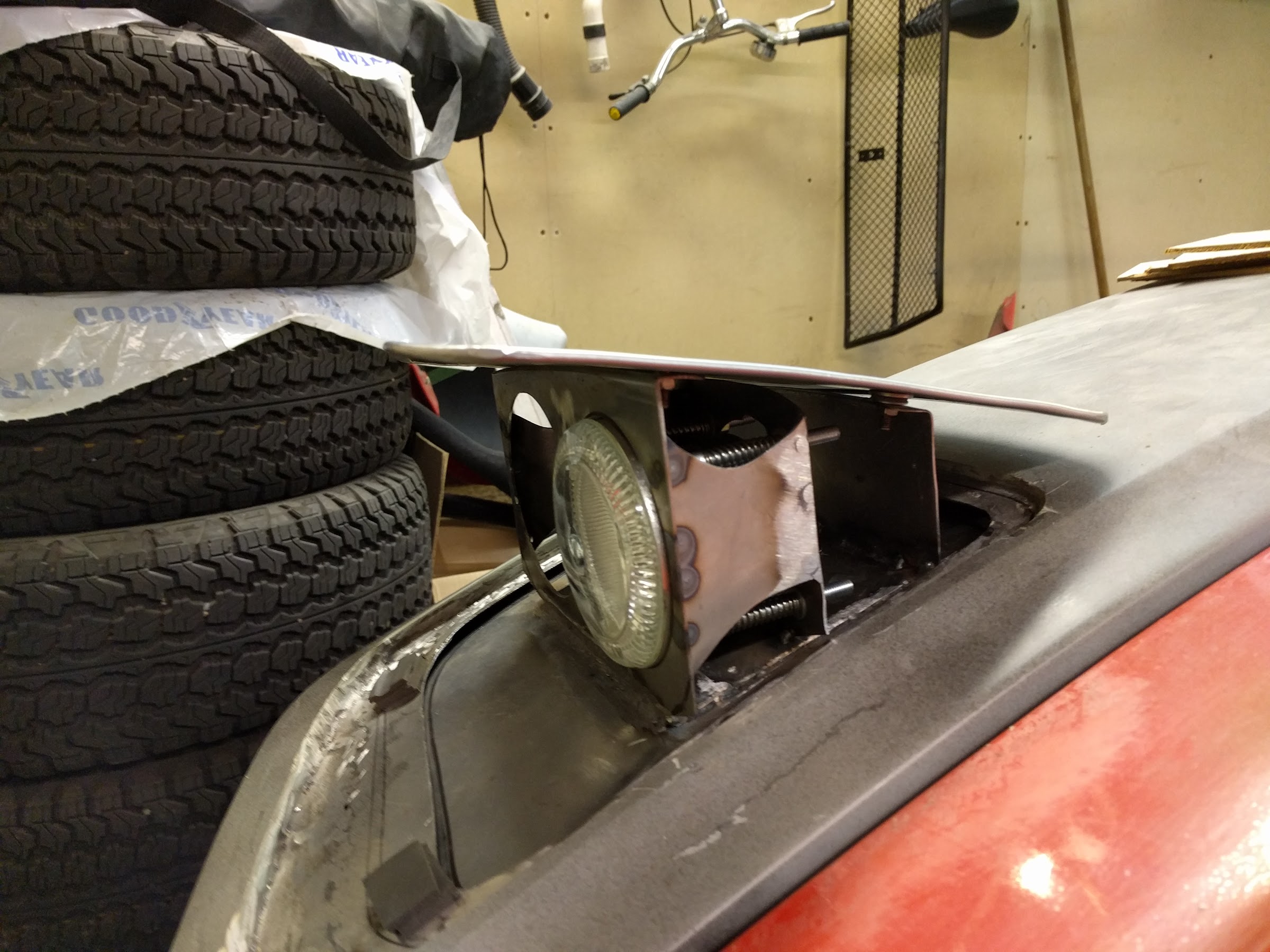 Adjustment can be done from the side. There will also be covers for boths sides of the bucket. 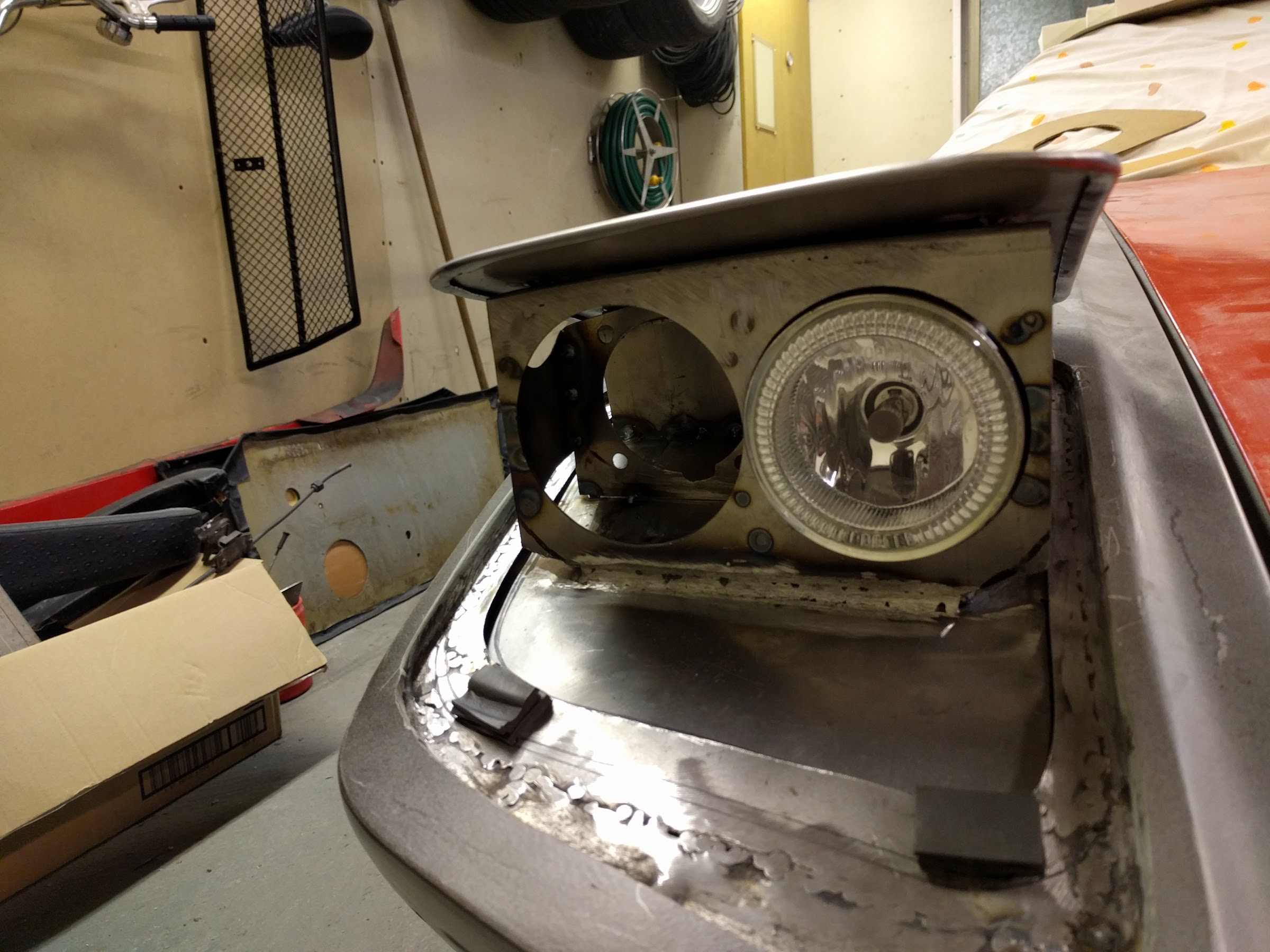 You could cut 1 kg. or more of weight off your car by making the actuator lever arm out of rectangular aluminum (hollow) stock using the exact same design....
Like Reply (0 Likes)
Take Action

camoMember
Thanks for the positive comments.

Yes the lever will propably change when I receive the actuator and we manage to adjust entire mechanism completely.

Few kilos aren't so big problem for me. The engine should push over 500bhp and if the car feels too slow, let's tickle a couple more horses out of the engine

Oh, I didn't mention that I sold those Dodge Viper seats. Most likely I will put very lightweight Porsche 997 GT3 seats with 6-point harness.
Like Reply (0 Likes)
Take Action

camoMember
Some recent progress...
Because pictures tell more than 1000 words, here we go!

Cutted those vents away..

My first idea was to make those scoops from glassfiber, but once again my dad's ideas seems to be more easier with better resolution. Now sidescoops will be made of aluminium.
Here is a cardboard model of the scoops.

My car was missing the rear grill. It was made easily and following the original style.

Pulled the trigger again...
1 day ago
DeTomaso base cap new NOS black
2 days ago
48 IDF Webers, has anyone completed a running driving setup?
2 days ago
AGIP ( ENI ) Lubricants
2 days ago

Does anyone recognize this side view mirror mount?
2 days ago